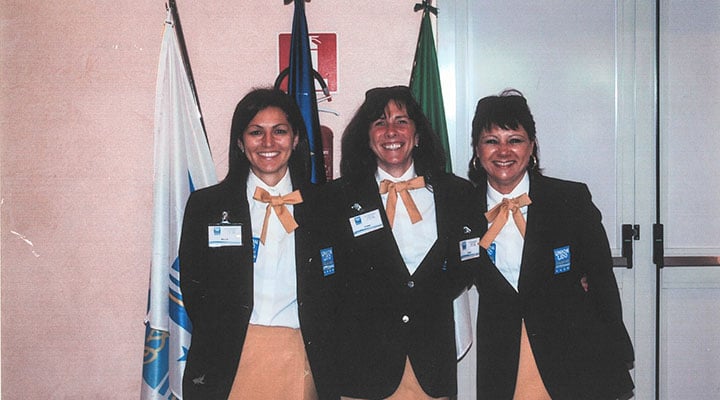 1980 she began working as an employee in the Union Lido executive office of Padua.

If you are asking yourself how many years they are, yes – they are exactly 40!
For almost 5 years she worked on the accounts and balances, and later, it was 1985, she was in charge of the Book keeping of your beloved campsite, until she became Union Lido’s Chief Financial Officer.

Chiara, however, did not experience Union only through numbers, because she had already enjoyed every corner of the campsite before she could work on the finances themselves.

Why? Well, her first holiday in here dates back to 1962, when the campsite was still called NSU Lido and the only “Mare Tranquillitatis” we knew was ours.

She used to take the documents from the office to the campsite, but her travels are very famous: she rode her Vespa from Padua to Cavallino, but actually she should have used an NSU Prinz!

“When you see people on their holidays, that makes you happy even if you are working!”