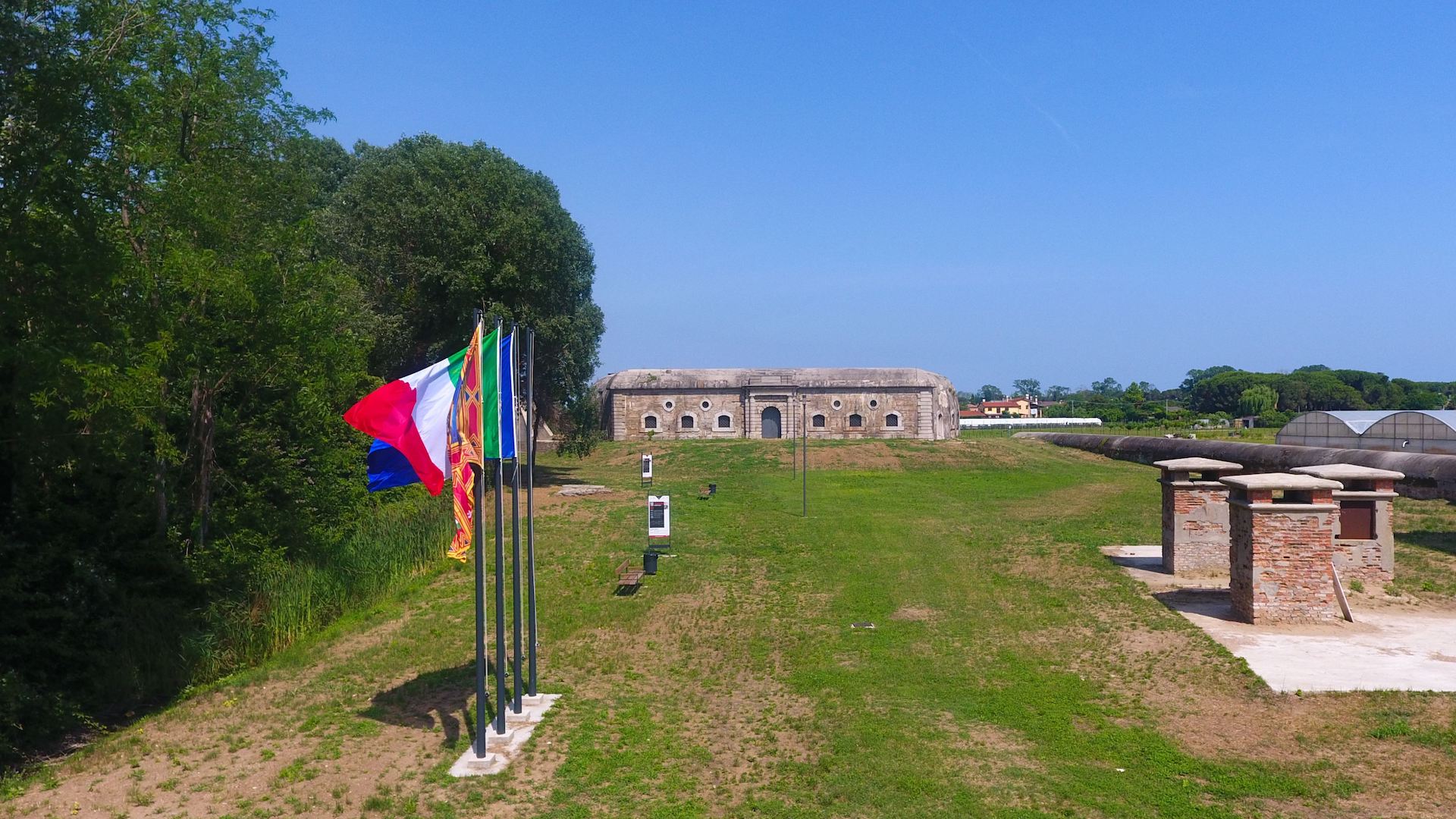 100 years have passed since the First World War and Europe has changed a great deal: people who were once at war now spend their summer holidays on the peaceful beaches of Cavallino-Treporti, surrounded by the extraordinary scenery of Venice and its lagoon. Although it may seem incredible, the same waters were sailed by battle ships and the allied forces came here to combat those of the central empires.

Almost all traces of this terrible conflict have disappeared from the Veneto plain, but our coastline still preserves clear symbols of its warlike past, made up of a whole system of forts, coastal military batteries, barracks, powder magazines and telemetry towers…

At the beginning of the 1900s, as part of a general plan to defend Venice from possible threats from the sea, it was decided that new coastal batteries would be built that would be able to combat the now faster and better-armed fleets. 1909 saw the start of the ambitious project to fortify all the coastline that protected the city and in Cavallino, positioned further towards the east, work began on the three coastal batteries: the Vettor Pisani, the San Marco and the Radaelli, joined by the building site of the Amalfi in 1915.

Between 1909 and 1914 the first three were ready, while work on the more imposing Amalfi continued until May 1917, when the complex successfully passed its test and became fully operative, shortly after the breakthrough of Caporetto. First, the vast flood areas were reclaimed and ports were built to unload material, while the road network was rebuilt and the electricity network was strengthened. A decauville railway was built that wound across virtually the whole coastline.

Basically, in the early years of the 20th century Cavallino-Treporti became one enormous building site made up of thousands of home builders, plants, technical, military and civil building works. When Italy entered the war in May 1915, the new defensive system around Venice was fully operational and was a deterrent for the Austro-Hungarian fleet which, despite the relative proximity of the ports of Pola and Trieste, never dared to challenge the powerful coastal artillery of the Venetian Republic.

In order to get a closer look on the overall fortification system in Cavallino-Treporti, we refer you to the PDF file “Cavallino-Treporti in the Great War”, designed by Furio Lazzarini, which includes other historical buildings of great interest, like the Vettor Pisani and the Amalfi gun batteries, which are being refurbished