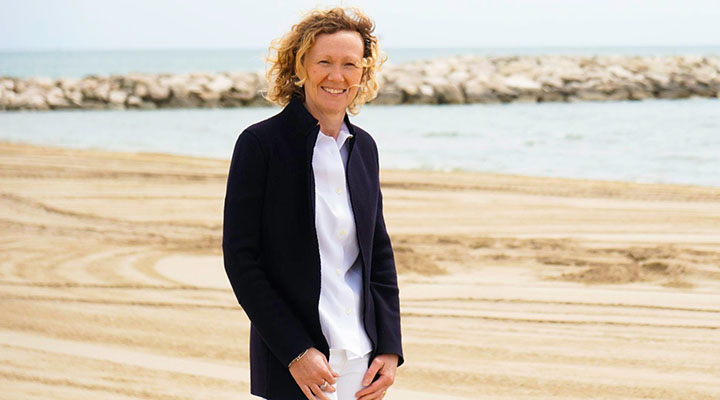 Patrizia Castelli started to hear about Union Lido since when she was a child; her father used to take care of the plants and flowers in the campsite. She was 17 when she first started working here in a shop. From that moment on, she never left.

1995 she opened the brand-new ice-cream parlor “Delizie di Gelato” together with her brother, Andrea Castelli. How many of you remember that she used to be there every season and who of you received the ice-cream from the future Chief Operating Officer of Union Lido? We explain you the whole story: Patrizia worked there for 14 seasons and going on also with her studies. She graduated in Public Relations and soon after that, with the devotion and strength that she always had, undertakes a new challenge – we may say a real adventure, through the Union Lido offices – right where your holidays start taking the first shapes.

2008 she begins working for the Quality Office, Marketing, Experience and 2012 she takes part in the creation of the Lodging Point and becomes responsible of the office. At the same time, her biggest dream comes true: she was expecting her daughter Alice.

Patrizia joins the company every day with both her head and heart, this is the place she calls “Signora Organizzazione”. She is given always more tasks and 2017 she faces her greatest challenge: she becomes the Union Lido Chief Operating Officer!

Satisfied both as a woman and mother, she now has a clear idea of her next goal, which will not concern the campsite this time: she wants her daughter Alice to grow strong and wants to teach her the same values as she has.
“If I am like this now, I owe it all to my parents: you have to follow your dreams with commitment, sacrifice and dedication”.